How The Garden Diary continues to document major world events at Caerhays and offer ‘roots’ to the past.

The Garden Diary has documented daily life at Caerhays Castle Spring Gardens since 1897, recording events, plants coming into flower, disasters and achievements – the global impacts of 2020 were no exception.

Whilst the world seemingly ground to halt, the plants, flowers and trees at Caerhays certainly didn’t stop flourishing – with everything captured and immortalised through the Garden Diary.

“We had more time to catch up with many jobs around the gardens, such as tending to plants, adjusting and removing tree ties and spirals, the pruning and uplifting of trees, checking on rabbit and deer protection, hedge cutting, and so on, to list a few,” Head Gardener, Jaimie Parsons explained. “We were also able to clear smaller overgrown areas within the gardens ready for autumn planting, along with our on going hybridising of magnolias. We appreciated our time in the gardens and we just had the opportunity to do more. The gardens are looking better than ever – and all the details of daily life during the global pandemic have been recorded in the Garden Diary!”

“The gardens are looking better than ever – and all the details of daily life during the global pandemic have been recorded in the Garden Diary!”

Roots to the past

Charles Williams, Owner of Caerhays Castle Spring Gardens, is the fourth generation of the family to fill the pages of the Diary, after taking over from his father Mr Julian Williams in 2007.

Previous historical events documented in the Garden Diary include the drought in 1976, the great storm of 1990, and the foot and mouth disease outbreak in 2001.

Jaimie said, “I do recall Squire saying that the large beech trees here had suffered in the draught of 1976 and had never really recovered. I wasn’t here when the great storm of 1990 hit the gardens but many areas were completely flattened, and we lost many old specimens. Foot and mouth then hit in 2001, during which time members of the public had to disinfect their footwear as they came in the gardens, or on exit. We also had an old carpet that had disinfectant over it for vehicles.

The Garden Diary is really important to us in the sense that you can look back on the entries and the seasons and see how things change; it seems like spring arrives early every few years and then it falls back into line again. It’s handy too – sometimes labels get misplaced when we plant new plants, but you can look back at Charles’ diary where he’s taken a picture and lists it! It’s good information.”

“The Garden Diary is really important to us in the sense that you can look back on the entries and the seasons and see how things change.” 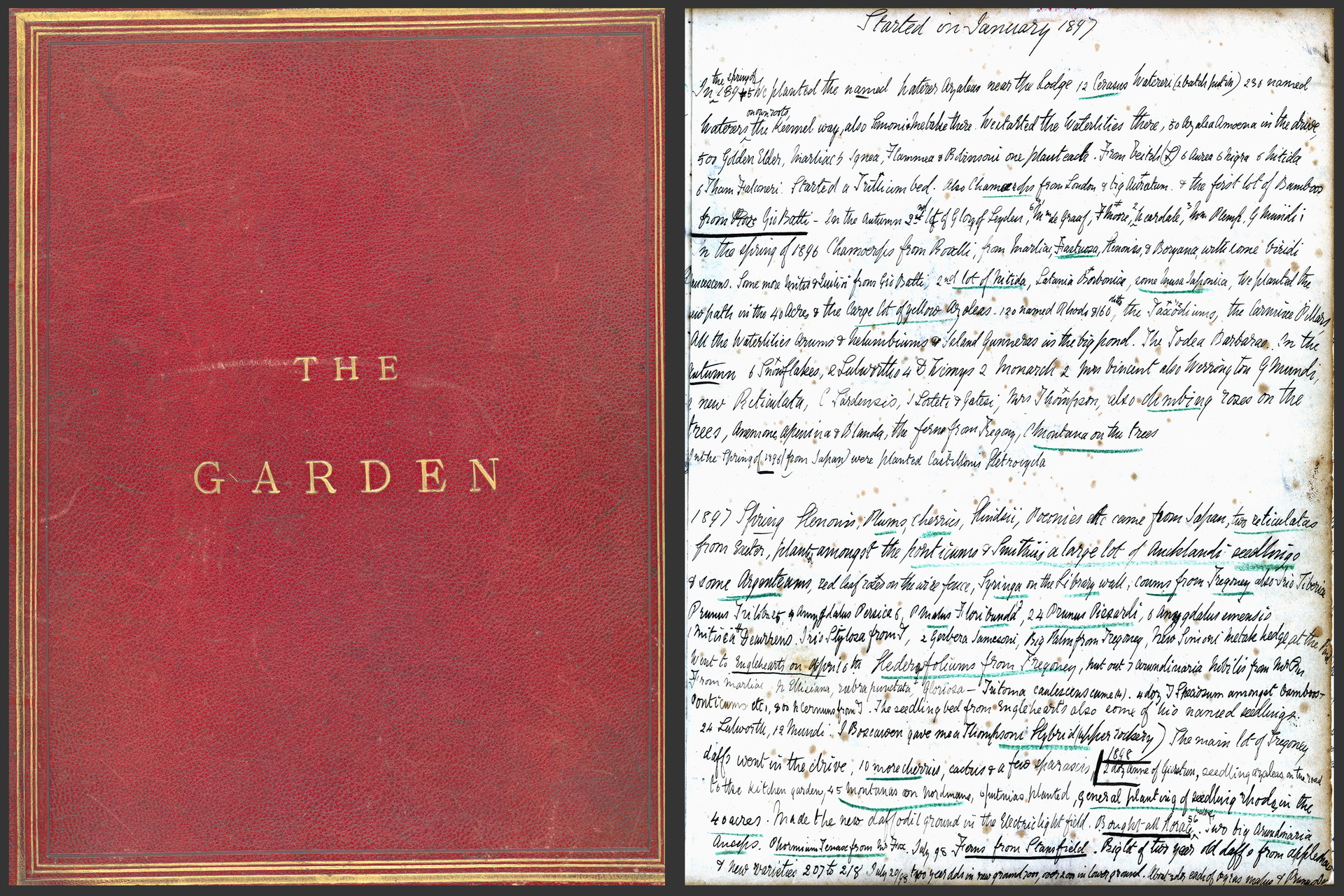 Growing into the future

Besides the plants and flowers flourishing over the past 18 months, the team at Caerhays have also been busy improving the gardens for visitors to enjoy in the spring.

“We’ve cleared and replanted many areas within the gardens. The largest clearing of late is Tin Garden, which was created in memory of Charles’s father, Mr Julian Williams. The area is planted with many of his hybrids and a few of his and his wife’s favourite plants. It’s a really lovely place to stop and take in the sights and sounds of the gardens.”

Future plans include expanding the gardens. “This year we’ve been making plans to take in part of another field to extend the gardens further. In the autumn, we’ll look at planting some specimen trees in this area, which in time will add another 10 acres to the gardens.” 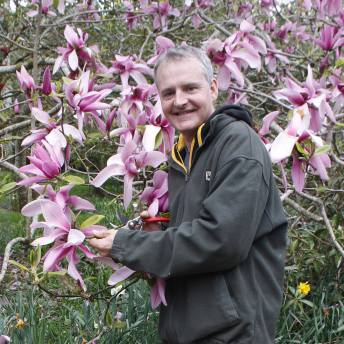 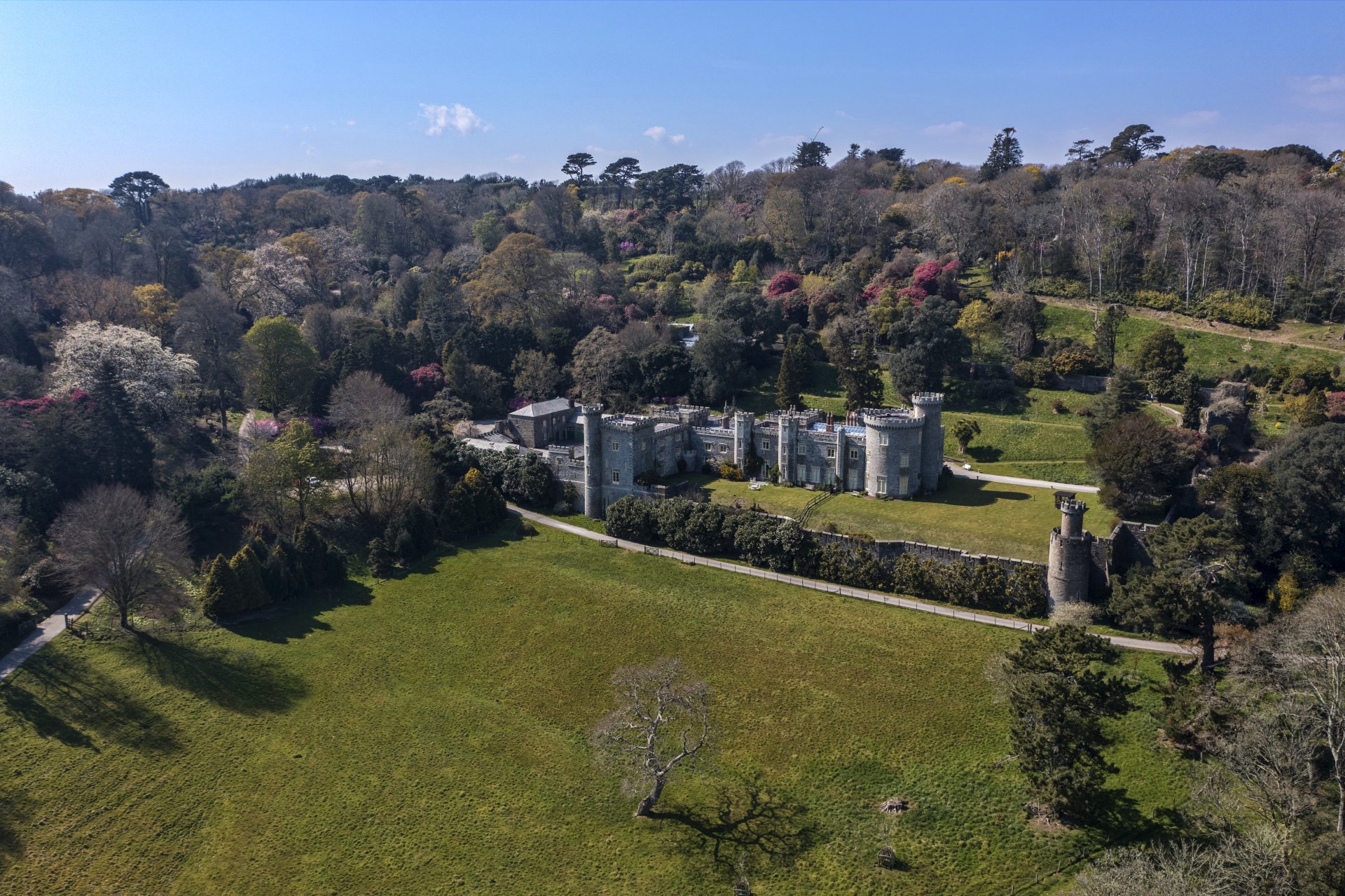 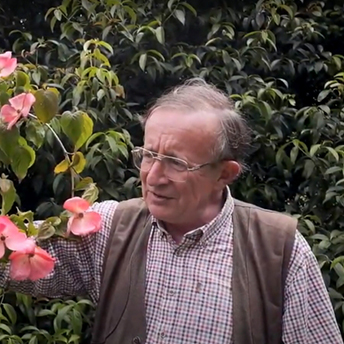 Entries in the Garden Diary have been transcribed in reverse date order back to 1897, for garden historians and enthusiasts to look back through Caerhays’ history over the generations, day-by-day.

This website uses cookies to improve your experience while you navigate through the website. Out of these, the cookies that are categorized as necessary are stored on your browser as they are essential for the working of basic functionalities of the website. We also use third-party cookies that help us analyze and understand how you use this website. These cookies will be stored in your browser only with your consent. You also have the option to opt-out of these cookies. But opting out of some of these cookies may affect your browsing experience.
Necessary Always Enabled
Necessary cookies are absolutely essential for the website to function properly. This category only includes cookies that ensures basic functionalities and security features of the website. These cookies do not store any personal information.
Non-necessary
Any cookies that may not be particularly necessary for the website to function and is used specifically to collect user personal data via analytics, ads, other embedded contents are termed as non-necessary cookies. It is mandatory to procure user consent prior to running these cookies on your website.
SAVE & ACCEPT