As creators of the first pioneering British tea brand, it’s no surprise that the Tregothnan Estate has carried on its ambitions for world-firsts.

The past 18 months have continued the trend, with the team at Tregothnan discovering lots of new customers who have ordered tea and cream teas online for the first time, accelerating plans to create the first International Tea Centre, and even developing the first ever tea-picking robot.

What isn’t a ‘first’ is royalty, politicians and high profile celebrities enjoying a cup of Tregothnan tea. This year was no exception as Tregothnan was invited to be the official tea supplier of the prestigious G7 Summit in St Ives.

“We made bespoke tea for all the world leaders,” explained Jonathon Jones OBE, Managing Director of Trading. “We made a special Japanese tea for the Prime Minister of Japan, who loved it! He sent his delegation up to the woodyard and bought more of the same, which is a huge tribute to our team who makes the tea – they’re the most serious tea drinking nation of the lot, so if you win Japan you’ve won them all really! It’s a special kind of hōjicha, which is a roasted Japanese-style tea that we make with our leaves early in the year.”

Jonathon explained that they also created a special tea for The President and First Lady of the United States of America. “We created a camomile blend for the Biden’s to help them to sleep on Air Force One! They’re not traditionally great tea drinkers but Mrs Biden apparently loved it, and we made both President Biden and First Lady Biden a breakfast tea as well, so we’ll see if they do the same as the Japanese Prime Minister and order some more – we’d love that!”

UK Prime Minister Boris Johnson and Germany’s Chancellor Angela Merkel also indulged in a cup of Tregothnan’s ‘Great’ brand of tea at the G7 Summit, and Tregothnan ended up making two bespoke types of tea for all of the leaders to take away with them as a special request. 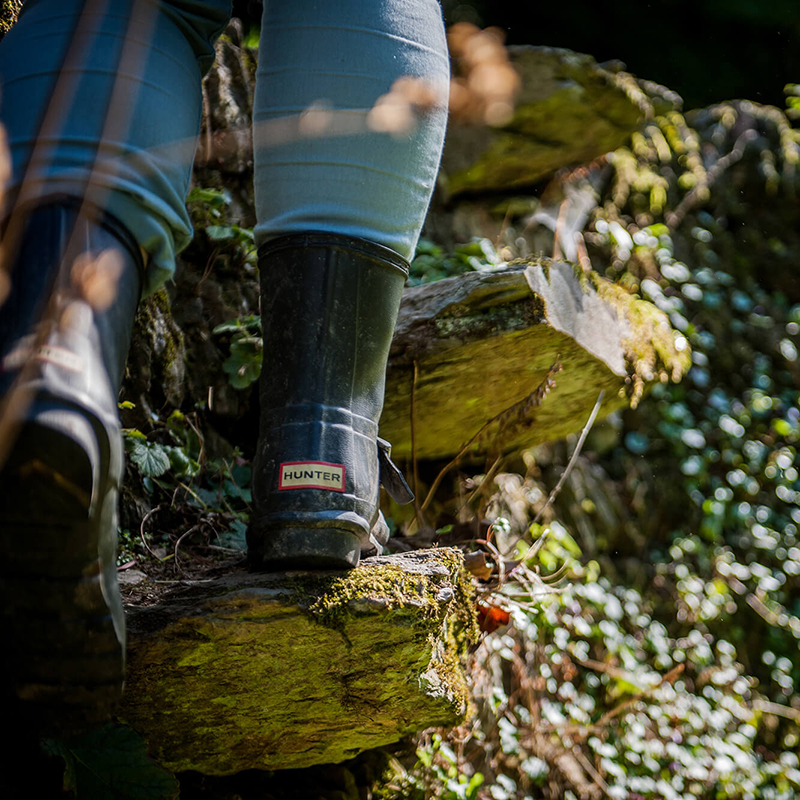 As like many businesses around the globe, Tregothnan had to adapt quickly when lockdown rules and social distancing restrictions were imposed. When their tea pickers had no choice but to stay home, Tregothnan developed what’s believed to be the world’s first tea-picking robot in order to continue producing the millions of tea bags it sells every year.

“Essentially, it’s a Japanese machine harvester which one of our amazing employees Tom has adapted to run more or less as a robot. It’s allowed us to pick really high quality tea with less people because we haven’t had people here! I’d never really thought about it before lockdown or before social distancing became a thing, but tea is quite a social activity. You work quite closely with other people and if you’re holding a harvesting machine it’s a two person job, so you’re working at less than 2 metres apart and social distancing became really challenging.”

The machine, affectionately named either ‘Teabot’ or ‘Henry,’ will have tracks fitted to it so it can continue to pick tea leaves throughout the winter months.

“Robotically picking anything is difficult but one of the things that tea is good for is that you have to bruise it,” Jonathon explained. “When you hear of people picking raspberries and things, it’s quite hard for them to do that because the fruit’s very soft, but with tea the very first thing you need to do as part of the process is bruise it.”

Another major development, which has been in the works for several years but has been accelerated as a result of the pandemic, will see Tregothnan become home to the first, dedicated International Tea Centre in the world.

“We’re planning on creating a full blown tea processing area that is open for people to visit and see the bush to cup journey!” Jonathon explained. “We are converting a factory on the south side of the river at Tregothnan to create this visitor experience. It will be a global centre for tea; the UK has always been the home of tea in many ways, but there wasn’t a place where you could literally see the whole process from bush to cup, and that’s what we’ve really pioneered in the UK!”

“People aren’t just interested in seeing the finished product, they really want to get behind the scenes and see it being developed; so we’ll take them into the tea gardens, get people picking their own tea, putting it in little tea bags, then taking them home with them! You can actually make a tea bag yourself.”

With Tregothnan’s tea described as ‘inimitable,’ it’s no wonder it has gained fans in high places – and Jonathon intends to welcome some very special guests to Tregothnan’s new International Tea Centre when it plans to officially open in 2024.

“Prince Phillip visited Tregothnan and planted his own tea bush seven years ago so I’ve got a feeling there could be another royal visit soon,” he said. “We used to send him tea from that bush and I’ve just got a feeling that there are other royal tea fans who might want to come and plant a tea bush – so watch this space! As Prince Philip said, ‘royal tea’ – it’s kind of in the name isn’t it?”

This website uses cookies to improve your experience while you navigate through the website. Out of these, the cookies that are categorized as necessary are stored on your browser as they are essential for the working of basic functionalities of the website. We also use third-party cookies that help us analyze and understand how you use this website. These cookies will be stored in your browser only with your consent. You also have the option to opt-out of these cookies. But opting out of some of these cookies may affect your browsing experience.
Necessary Always Enabled

Any cookies that may not be particularly necessary for the website to function and is used specifically to collect user personal data via analytics, ads, other embedded contents are termed as non-necessary cookies. It is mandatory to procure user consent prior to running these cookies on your website.